Since eighth grade, Nolan has coached at Future Swim, an introductory competitive swim program centered on instructional teaching every Saturday and Sunday. He began as a junior coach and, through his passion and dedication to the sport, worked his way up to assistant head coach.

​
Nolan will attend Washington University in St. Louis next year. He will be a part of the Men’s swim team and plans to major in chemistry on a pre-med track.

June 2021 Update-Nolan finished his Spring 2021 semester with a 4.0 GPA.  He is coaching this summer and will return to Washington U as a rising junior still on a pre-med track.
​

Nolan attended The Galloway School from kindergarten to 12th grade and graduated in 2019. There, he participated in multiple organizations, including Orchestra, the Jug Band and Student Association. He was a four-year letterman in swimming and ran cross country his senior year. He was named the 2019 Male Athlete of the Year and currently holds seven school records.

Nolan’s summer league swim career started at a young age. When he was eight, he joined the Dynamo Swim Club and has been swimming there ever since. This year, Nolan coached for his third year at Brookwood Hills. 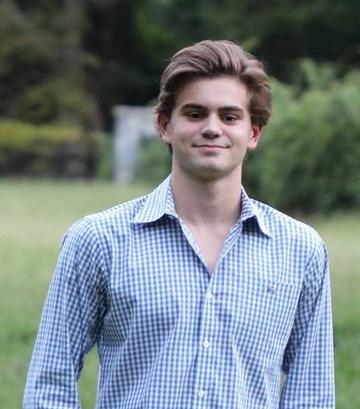 to present our 2019 CBSMF Scholar,