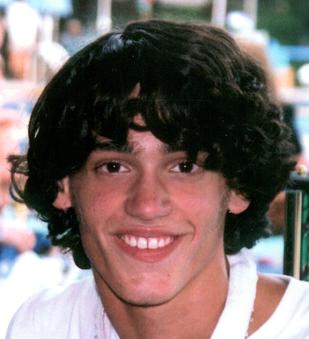 After Charlie's sudden passing in January 2009, a scholarship fund was set up at his alma mater, Pace University, in Charlie's name.  Since the founding of the scholarship, we have enjoyed watching several students pursue their academic dreams at Pace university, and we express how thankful we are to those who have contributed to the fund in Charlie's memory.

In 2015, we decided to further build Charlie's legacy  by forming the Charles B. Staats Memorial Foundation. The purpose of the Foundation is to identify and support those emerging, young swim coaches that demonstrate the qualities that made Charlie such an impactful community leader.  His love of swimming was intrinsically linked with seeing the growth of those around him.

There is so much opportunity for a young person who stands out as an active voice in our community, and we would love to help these rising swim coaches make every dream a real possibility.

Charlie began swimming when he was 4 years old at the Georgetown Swim Club.  It was clear that the moment he went into the water, Charlie found a “home”!  He joined the Dynamo Swim Club when he was 6 years old and swam competitively for Dynamo through high school.

Charlie began coaching as an assistant coach with the Georgetown Swim Club when he was 12 years old.  He later became an assistant and later a head coach at the Vermack Swim Club.  He also coached one year at Capital City Club.  Charlie coached every summer through high school and college.  Charlie’s coaching career spanned over 10 years. At the Vermack Swim Club, Charlie helped develop and participated in an adult swim team.

Charlie died unexpectedly in New York City in January of 2009 at 24 years old.  Charlie loved swimming and he loved to coach. He will be remembered for his hard work and commitment and love of the sport.