to present our 2017 CBSMF Scholar,

Hannah was born in Knoxville, Tennessee where she lived until moving to Atlanta in 2003 with parents Jennie and Brennan Robison. She began her education at Vanderlyn Elementary School, attending from Kindergarten through 4th grade before going to Dunwoody Elementary school. During this time Hannah was a member of the Vermack Vikings swim team. At ten years old, Hannah joined the Dynamo Swim Club, where she began her year-round club swim career. Hannah continued swimming for Dynamo throughout all her years in Peachtree Middle School and later Dunwoody High School. Hannah swam for Dunwoody’s Varsity Swim Team during her 4 years and was named a Captain her senior year.

Outside of swimming, Hannah was involved in her school’s chapter of the National Honors Society and the Beta Club. In 2015 Hannah began coaching for the Hampton Hall Waves swim team, where she coached the summers of 2015 and 2016, and will finish her third summer with the team in July.  This fall Hannah will begin her college journey at Georgia Tech and hopes to continue her involvement in the swimming community.

2019 Update--Hannah is a rising Junior at Georgia Tech majoring in Industrial and Systems Engineering.

June 2021 Update--Hannah is interning for Home Depot and will graduate with a B.S. in Systems Engineering in December 2021. 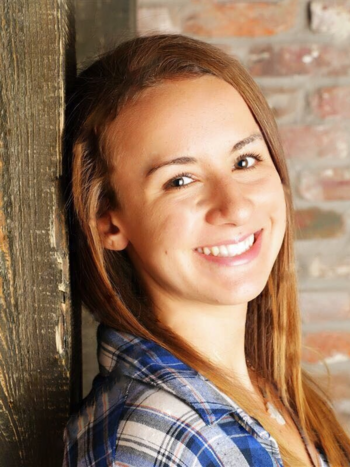